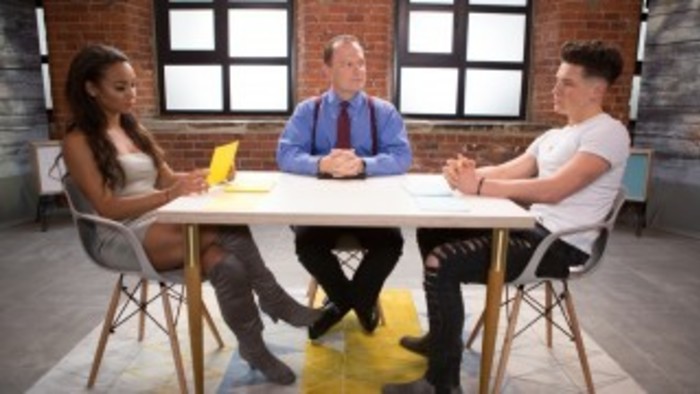 FremantleMedia has secured the world rights (excluding US) to True North Productions’ latest title The Naked Truth. Polygraph Examiner Dan Ribacoff is the host of this show.

Below is the expert from Freemantle:

FremantleMedia has secured the world rights (excluding US) to True North Productions’ latest title The Naked Truth (w/t), covering both international format opportunities and finished tape sales, with the inclusion of the 10×45’ finished programme in FremantleMedia International’s MIPCOM 2016 catalogue. The deal, which follows a hotly contested pitch with other producers/distributors was announced during a panel session during this morning’s Edinburgh TV Festival by Vasha Wallace, EVP Global Acquisitions & Development FremantleMedia.

They say honesty is the best policy and yet despite numerous ways to communicate at any given time, most couples blame break-ups on an age-old problem: we love each other but do we tell our loved ones the whole truth? In this highly-charged series, set to launch later in the year on Channel 4 (UK) current couples, wannabe couples, and ex-couples engage in heart-to-heart and compellingly candid conversations with their loved ones to find out whether they’ve always told it like it is, or whether their relationship is founded on a pack of lies. Human Lie Detector’ Dan Ribacoff puts the pairs in the hot seat for conversations they thought they would never have. His incredible ability to read body language along with genuine polygraph tests allows the couples to get answers to the problems that have bothered them for a long time. But will The Naked Truth (w/t) bring peace and resolution to each burning issue? Or will it fuel the bitterness and resentment behind a difficult relationship?

Vasha Wallace, Executive Vice President Global Acquisitions & Development at FremantleMedia, says: “We describe this show as the most honest conversation you’ll ever have. The Naked Truth has fantastic potential as it tackles a topic that resonates with every single one of us – the search for the truth. We’re thrilled to be working a company of True North’s calibre on this format that’s upfront, engaging and sure to enthrall audiences everywhere.”

Angela Neillis, Director of Non-Scripted UK, EMEA and Asia Pacific, FremantleMedia International, comments: “We’re delighted to be working with the stellar team at True North. They are an outstanding company with a fantastic reputation. The Naked Truth will grip an audience throughout, from moments of heart-warming exchanges to edge of seat drama between the couples – there’s nowhere to hide from the truth.”

Marc Allen, Managing Director, True North says “True North is extremely excited to be working with FremantleMedia on The Naked Truth. Format creation is a particular focus for us at the moment so to have such an exciting new show with a team and company so prolific in international format exploitation is a great combination.”